Since September 2011, NASCAR has been an incredibly active member of TEAM Coalition. The two organizations have worked together to expand the reach of the designated driver program across the country and encourage thousands of race fans to pledge to be designated drivers.

In past seasons, NASCAR and TEAM have rewarded fans who have taken the Responsibility Has Its Rewards pledge. Each fan who had taken the RHIR pledge at a race where TEAM was present or pledged online was entered for a chance to win three different prizes.

Click here to see the current RHIR sweepstakes with NASCAR.

NASCAR® is a registered trademark of the National Association for Stock Car Auto Racing, Inc.

The NASCAR Cup Series™ logo and word mark are used under license by the National Association for Stock Car Auto Racing, Inc. 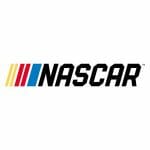