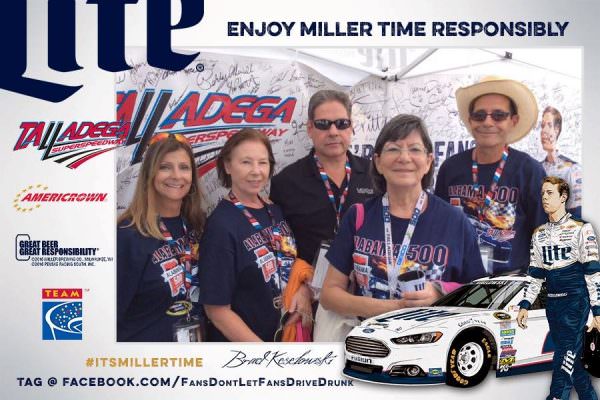 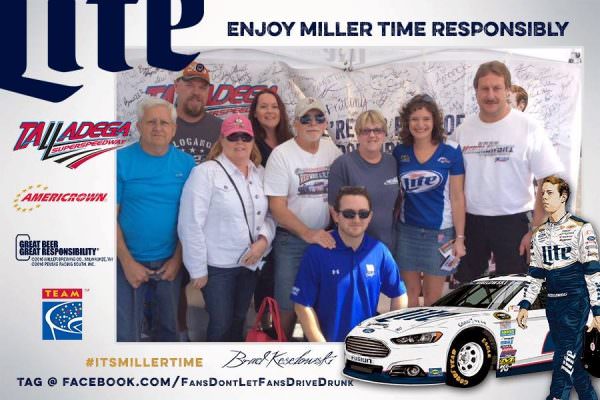 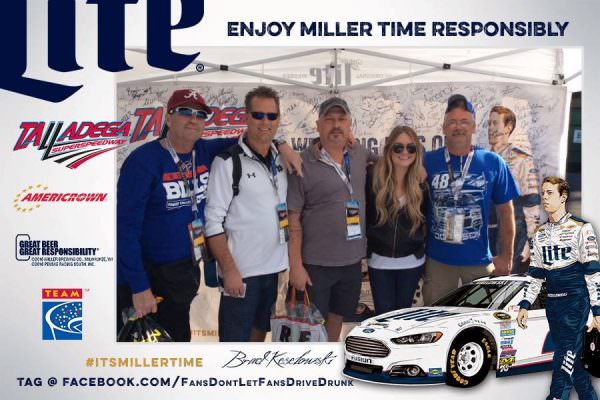 Before the race, 246 fans made the pledge to be a designated driver for their group. All of them had the opportunity to receive a free souvenir photo, instant prizes and a chance to be selected as the Designated Driver of the Race. One randomly selected responsible fan will win the Responsibility Has Its Rewards sweepstakes. The grand prize includes two tickets and two VIP experiences to the GEICO 500 on May 7, 2017 at Talladega Superspeedway.

The Designated Driver for the Race from the 2016 GEICO 500, Andy Gillentine, received two tickets and two VIP Experiences to the Hellman’s 500. Gillentine and his guest also enjoyed a behind-the-scenes experience before the green flag on Sunday.