THE HISTORY OF TEAM COALITION 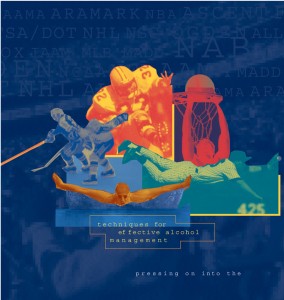 Since 1985, TEAM (Techniques for Effective Alcohol Management) Coalition has flourished as a unique alliance of professional and collegiate sports, entertainment facilities, concessionaires, stadium service providers, the beer industry, broadcasters, government traffic safety experts, and others working together to promote responsible drinking and positive fan behavior at sports and entertainment facilities.

The organization encourages facilities to implement and enforce alcohol policies through an alcohol service training program that educates and certifies all facility employees in the skills of how to identify patrons who may have over-consumed and to intervene in a non-confrontational way to properly ensure everyone’s safety. In addition, TEAM outreach extends beyond sports facilities to target fans in support of designated driver programs and other traffic safety messages.For its first fifteen years of existence, TEAM Coalition was a program fully funded by NHTSA in cooperation with many sports and entertainment organizations and traffic safety supporters.

The 1997 Annual Report for TEAM Coalition illustrates how the professional leagues supported TEAM Coalition and listed all seventeen TEAM members. Membership at that time translated into in-kind support including the use of league brands and high profile players in fan education materials, but no funding. 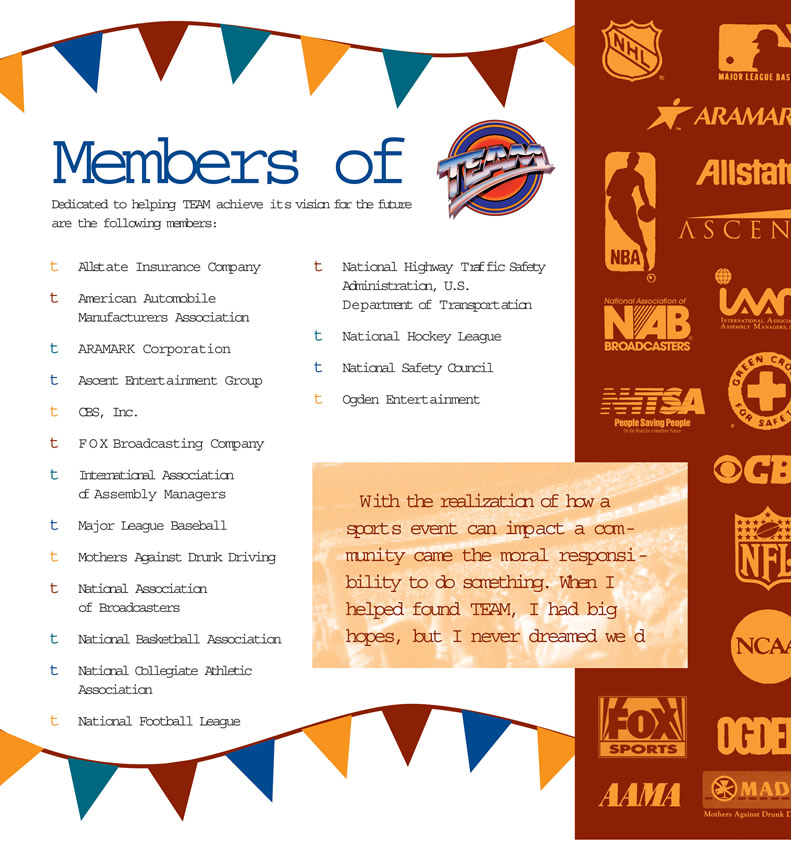 The 1997 Annual Report celebrated the tenth anniversary of TEAM Coalition. Key accomplishments of the organization’s first ten years and the roles played by various member organizations were highlighted in the report. 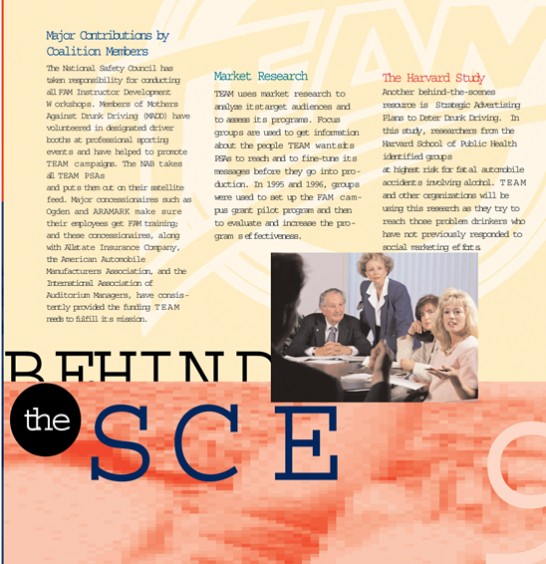 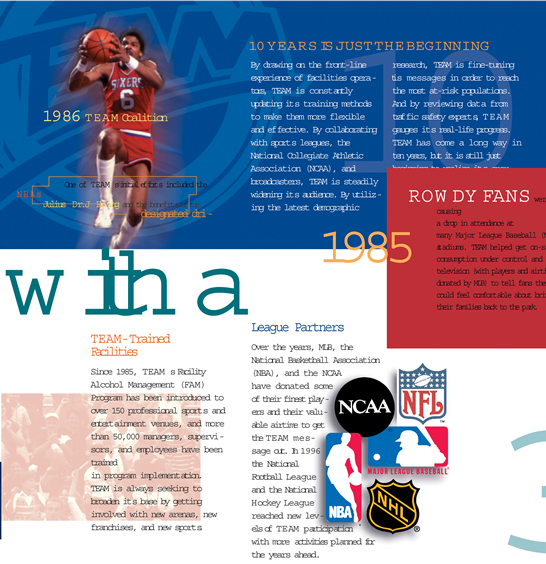 The professional sports leagues along with NCAA made significant contributions by allowing TEAM Coalition to use their logos and the images of their high profile athletes to promote responsibility. Additionally, the leagues ensured that the employees working in the stadiums, arenas and ballparks where their teams played participated in TEAM training. However, the leagues and all other TEAM Coalition members did not contribute funds to TEAM Coalition. The training program did not include a certification exam to track the participation and comprehension of facility employees, nor was there a cost to stadium management to train staff. And TEAM had no full-time employees.

In June of 2001, TEAM Coalition officially became a 501c3 Non-Profit Organization (NPO). Member organizations showed their commitment to TEAM by paying annual dues of $15,000. Those founding members of the national NPO known as TEAM Coalition included the following organizations:

The impact TEAM has made through continued NHTSA support has been recognized.

Examples of how NHTSA funds have been instrumental in TEAM Coalition efforts are:

Since then, the growth in TEAM training has continued at an aggressive pace.

TEAM Up 2 Win, a national program promoting responsibility in conjunction with the NCAA Men’s Final Four, was in its third year of existence in 2010.

In 2015, more than 64,000 facility employees became TEAM certified. TEAM dedicates one-hundred percent of the funds generated from training toward its mission to educate fans about their responsibility when it comes to effective alcohol management.

The Responsibility Has Its Rewards campaign now involves eight member organizations: Live Nation, MLB, MLS, NASCAR, NBA, NCAA, NFL and NHL. As a result of each league-wide campaign, the number of fans participating in designated driver programs continues to grow. In the years since TEAM Coalition became an NPO, the number of dues-paying member organizations has grown from eight to twenty-four. The TEAM Coalition full-time staff has grown to seven employees (five in Alexandria, VA, one in Denver, CO and one in Jamestown, NY). The annual budget is above one million dollars and the cooperative agreement with NHTSA provides $40,000 in support annually. From its original existence as a fully-funded NHTSA program to its current national NPO status, TEAM has always prioritized three things: (1) employee training, (2) fan education and (3) alcohol service policy creation, promotion and enforcement.

TEAM encourages facilities to define, communicate and enforce policies, including: 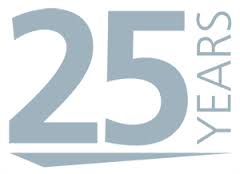 TEAM Coalition has a great deal of growth and expansion in its future. Opportunities to incorporate social media and technology on the fan education and employee training fronts are starting to take shape. Expanding the TEAM Coalition membership to include new industry categories beyond professional and collegiate sports, entertainment facilities, concessionaires, stadium service providers, the beer industry, broadcasters and government safety experts is being considered. None of TEAM Coalition’s success over the last twenty-five years would be possible without support from NHTSA. Given its impressive history, one can only imagine what the next twenty-five years may offer.