As the Monster Energy NASCAR Cup Series raced into town for the Alabama 500, Talladega Superspeedway, Miller Lite, Americrown and TEAM Coalition were there to promote responsible drinking and traffic safety at the race on October 15, 2017.  153 responsible NASCAR fans earned valuable rewards before the green flag waved.

Before the race, responsible race fans made the pledge to be a designated driver for their group. All of them had the opportunity to receive a free souvenir photo, instant prizes and a chance to be selected as the Designated Driver of the Race. 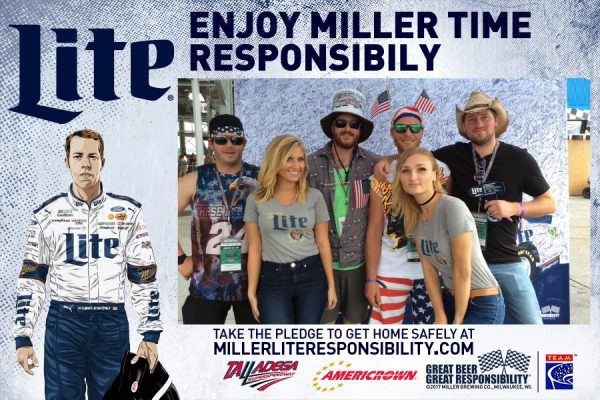 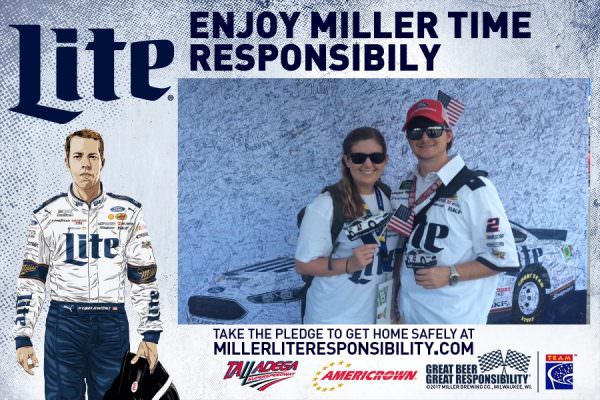 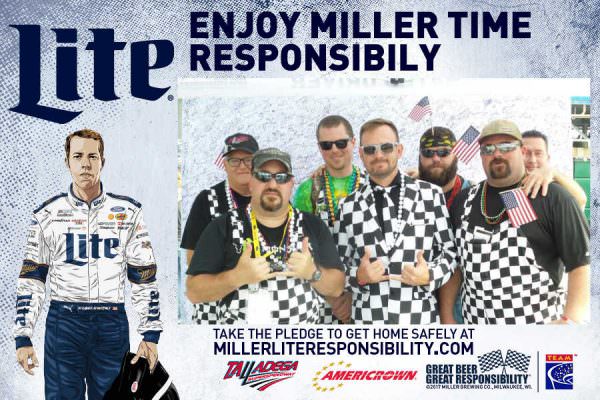 One randomly selected responsible fan will win the Responsibility Has Its Rewards sweepstakes. The grand prize includes two tickets and two VIP experiences to the next race at Talladega Superspeedway in May, 2018.

The Designated Driver for the Race from the GEICO 500, John Dunn, received two tickets and two VIP Experiences to the Alabama 500. Dunn and his guest also enjoyed a behind-the-scenes experience before the race on Sunday.