TEAM Coalition proudly joined forces with the National Football League in support of the national Responsibility Has Its Rewards (RHIR) campaign all season long. Specifically, TEAM celebrated with the Cincinnati Bengals Responsible Fan for the Season at the 2020 Pro Bowl in Orlando, Florida, and we celebrated with the Kansas City Chiefs and San Francisco 49ers Responsible Fans for the Season on Sunday February 2, 2020 at Super Bowl LIV in Miami, FL. Throughout the 2019 NFL season, TEAM Coalition and Bud Light worked with the NFL to offer fans the opportunity to pledge to be responsible – a responsible drinker with a plan to get home safely without driving drunk or a designated driver. At the end of the regular season, each NFL team selected one fan to be the Responsible Fan for the 2019 Season.

233,281 fans across the league participated in this life-saving program during the 2019 regular season. The Responsible Fans for the Season representing the Kansas City Chiefs – Kameron Rees – and the San Francisco 49ers – Erin Keeley – attended Super Bowl LIV compliments of TEAM Coalition and the NFL as the grand prize winners of the Responsibility Has Its Rewards sweepstakes.

Nearly 12,000 NFL fans visited the MADD booth at Super Bowl Experience for the 10 days leading up to Super Bowl. Fans who pledged to prevent drunk driving by promising to be a designated driver or have a designated driver were entered to win an APPLE watch. Each day, fans had a chance to throw a pass while wearing impairment goggles that simulated 0.08 BAC. And they also had the opportunity to smile for a souvenir photo. 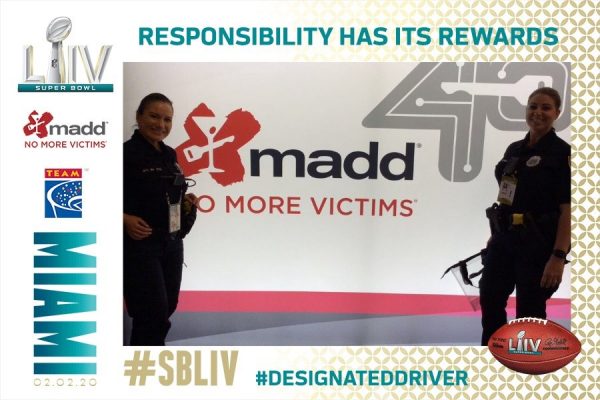 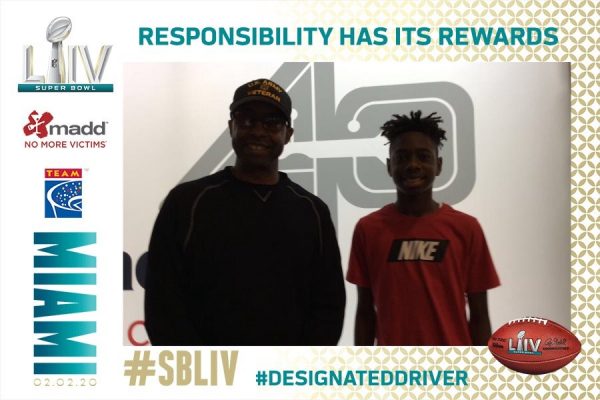 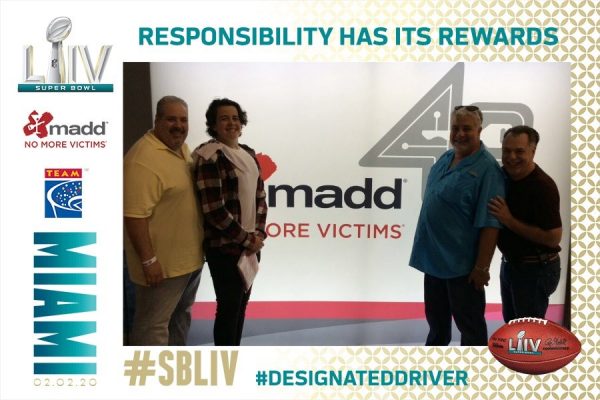 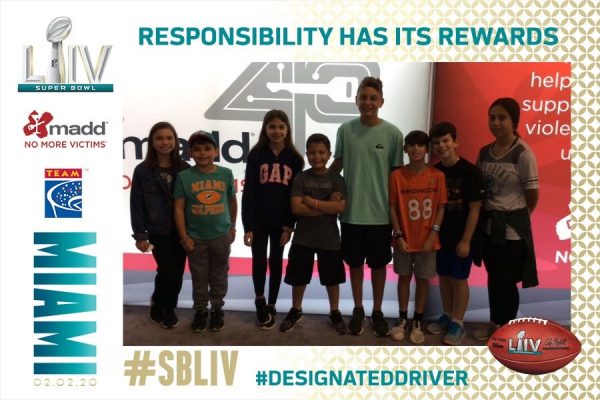 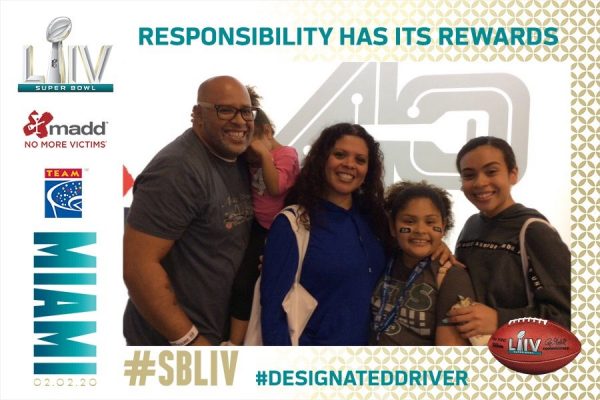 The RHIR sweepstakes first prize was awarded to the Responsible Fan for the Season from the Cincinnati Bengals – Laura Morgan. Ms. Morgan won a trip for two to the 2020 Pro Bowl in Orlando, FL.

The positive contributions made by TEAM are far reaching. Its mission is important to fans and spectators in stadiums, but its message also contributes to responsible conduct in our communities at large. The NFL strongly supports the TEAM program, and we are proud to be a member of the TEAM Coalition.Roger Goodell, Commissioner, National Football League
All of our colleagues take great pride in promoting responsible drinking, as we have done for more than 35 years and the Responsibility Has Its Rewards program is a great way to remind fans to both enjoy responsibly and have a safe ride plan. Our partnership with NFL, TEAM and the great fans at Super Bowl LIII at Mercedes-Benz Stadium displays our collective responsibility to help keep our roads safe.Adam Warrington, Vice President, Corporate Social Responsibility, Anheuser-Busch
Teamwork is exactly what this organization is all about. Through the Responsibility Has Its Rewards sweepstakes, we are demonstrating that when everyone – including the fans – takes responsibility, everyone wins.Jill Pepper, Executive Director, TEAM Coalition
Anheuser-Busch
For more than 165 years, Anheuser-Busch has been woven into the cultural fabric of the United States, carrying on a legacy of brewing great-tasting, high-quality beers that have satisfied beer drinkers for generations. Today, we own and operate 23 breweries, 29 distributorships and 23 agricultural and packaging facilities, and have more than 18,000 colleagues across the United States. We are home to several of America’s most recognizable beer brands, including Budweiser, Bud Light, Michelob ULTRA and Stella Artois, as well as a number of regional brands that provide beer drinkers with a choice of the best-tasting craft beers in the industry. From responsible drinking programs and emergency drinking water donations to industry-leading sustainability efforts, we are guided by our unwavering commitment to supporting the communities we call home. For more information, visit www.anheuserbusch.com or follow Anheuser-Busch on LinkedIn, Twitter, Facebook and Instagram.
Mothers Against Drunk Driving
Founded in 1980 by a mother whose daughter was killed by a drunk driver, Mothers Against Drunk Driving®(MADD) is the nation’s largest nonprofit working to end drunk driving, help fight drugged driving, support the victims of these violent crimes and prevent underage drinking. MADD has helped to save nearly 380,000 lives, reduce drunk driving deaths by more than 50 percent and promote designating a non-drinking driver. MADD’s Campaign to Eliminate Drunk Driving® calls for law enforcement support, ignition interlocks for all offenders and advanced vehicle technology. MADD has provided supportive services to nearly one million drunk and drugged driving victims and survivors at no charge through local victim advocates and the 24-Hour Victim Help Line 1-877-MADD-HELP. Visit www.madd.org or call 1-877-ASK-MADD.
TEAM Coalition
TEAM Coalition is an alliance of professional and collegiate sports, entertainment facilities, concessionaires, stadium service providers, the beer industry, distillers, broadcasters, traffic safety experts and others working together to promote responsible drinking and positive fan behavior at sports and entertainment facilities. TEAM Coalition members and supporters include National Football League, Anheuser-Busch Companies, Major League Baseball, Major League Soccer, NASCAR, National Basketball Association, National Hockey League, National Collegiate Athletic Association, Americrown, Aramark, Delaware North Sportservice, Legends, Spectra, Beer Institute, National Beer Wholesalers Association, Constellation Brands, Molson Coors, Brown-Forman, Live Nation, Lyft, National Association of Broadcasters, International Association of Venue Managers, Stadium Managers Association and the National Highway Traffic Safety Administration. For more information visit www.TEAMCoalition.org or www.FansDontLetFansDriveDrunk.org.