TEAM Coalition proudly joined forces with the National Football League and Bud Light in support of the national Responsibility Has Its Rewards (RHIR) campaign at the 2018 Pro Bowl in Orlando, Florida on Sunday January 28, 2018 and Super Bowl LII in Minneapolis, MN on Sunday February 4, 2018. Throughout the 2017 NFL season, each NFL team offered fans the opportunity to pledge to be a designated driver. At the end of the regular season, each NFL team selected one fan to be the Designated Driver for the 2017 Season.

More than 265,000 fans across the league participated in this life-saving program during the 2017 regular season. The Designated Drivers for the Season for the New England Patriots – Janet Ruggiero – and the Philadelphia Eagles – Henry Kern – attended Super Bowl LII compliments of TEAM Coalition and the NFL as the grand prize winners of the Responsibility Has Its Rewards sweepstakes.

Nearly 5,000 fans pledged never to drive drunk at the Super Bowl Experience offered for eight days leading up to Super Bowl LII. Each day, a random drawing awarded a lucky fan who took the pledge with an autographed football or mini-helmet. 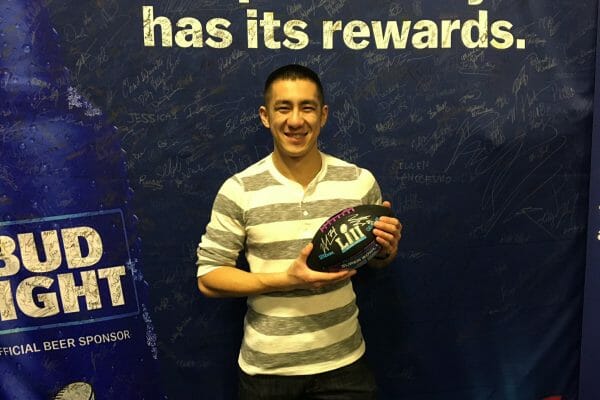 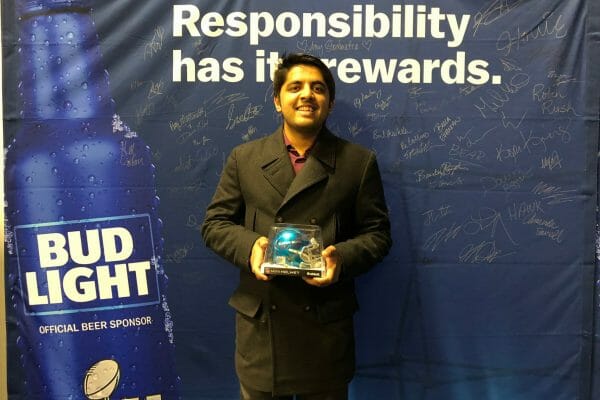 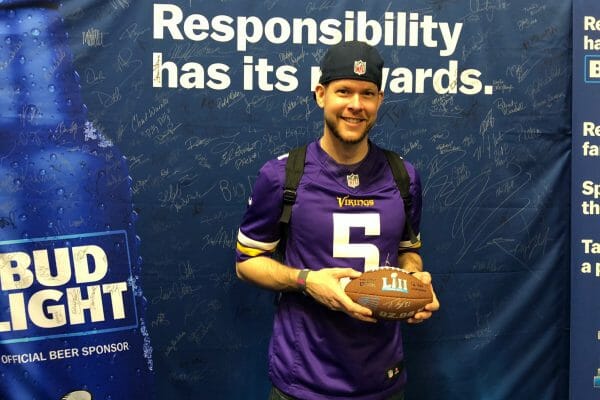 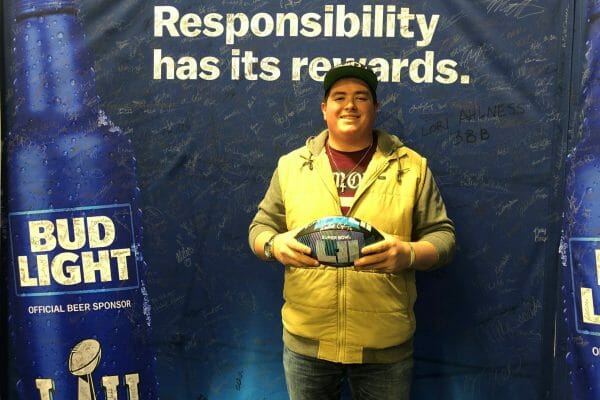 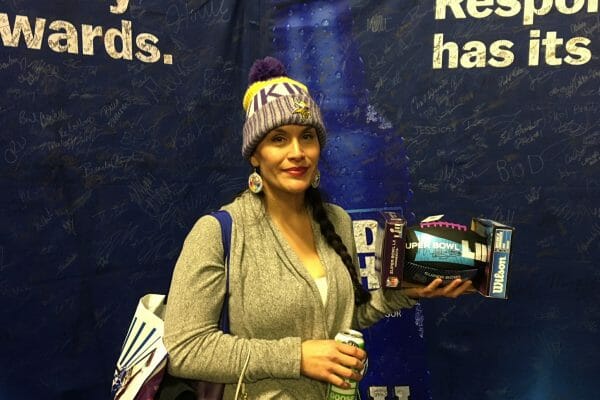 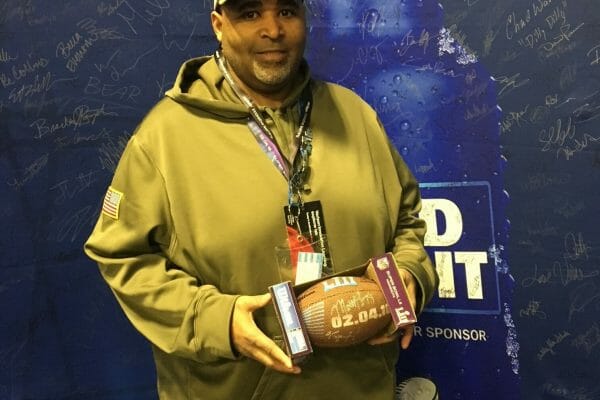 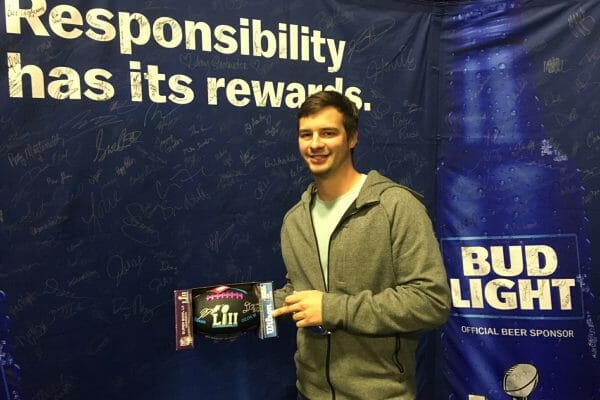 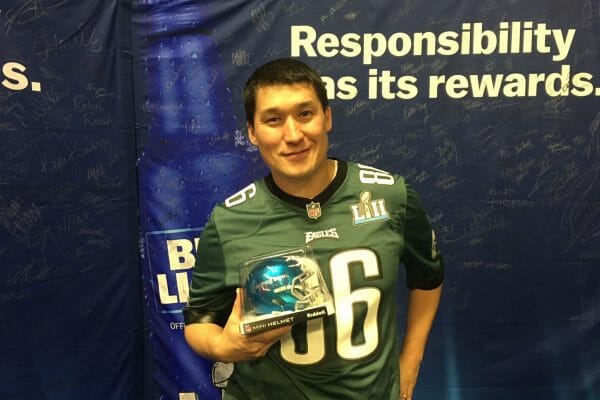 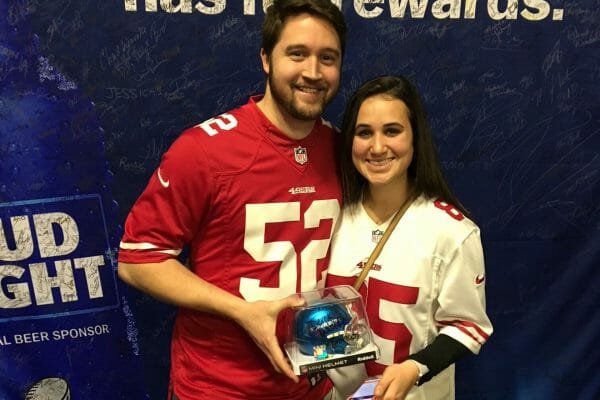 The RHIR sweepstakes first prize was awarded to the Designated Driver for the Season from the Chicago Bears – Brenda Musich. Mrs. Musich received a trip for two to the 2018 Pro Bowl in Orlando, FL.

The positive contributions made by TEAM are far reaching. Its mission is important to fans and spectators in stadiums, but its message also contributes to responsible conduct in our communities at large. The NFL strongly supports the TEAM program, and we are proud to be a member of the TEAM Coalition.Roger Goodell, Commissioner, National Football League
Anheuser-Busch has led our industry in promoting responsible drinking for more than 35 years, and the Bud Light Good Sport program reminds fans who choose to drink to do so responsibly and get their friends home safely. We all share the same streets after the game. This partnership with the National Football League, TEAM and the fans displays our collective responsibility to help keep our roads safe.Katja Zastrow, Vice President, Corporate Social Responsibility-Better World, Anheuser-Busch
Teamwork is exactly what this organization is all about. Through the Bud Light Good Sport Designated Driver Challenge, we are demonstrating that when everyone – including the fans – takes responsibility, everyone wins.Jill Pepper, Executive Director, TEAM Coalition
Anheuser-Busch
Anheuser-Busch and its employees build on a legacy of corporate social responsibility by focusing on three key areas: promoting alcohol responsibility, preserving and protecting the environment and supporting local communities. In the past three decades, Anheuser-Busch and its wholesalers have invested more than $1 billion in preventing drunk driving and underage drinking and promoting responsible retailing and advertising. Anheuser-Busch reduced total water use at its breweries by nearly 50 percent over the last 10 years. The company has been a leading aluminum recycler for more than 30 years. Each year Anheuser-Busch and its Foundation invest approximately $20 million in donations to charitable organizations that help in local communities. The company also has provided over 76 million cans of emergency drinking water to people impacted by natural and other disasters since 1988. Based in St. Louis, Anheuser-Busch, the leading American brewer, is a wholly-owned subsidiary of Anheuser-Busch InBev, the leading global brewer. For more information, visit www.anheuser-busch.com.
TEAM Coalition
TEAM Coalition is an alliance of professional and collegiate sports, entertainment facilities, concessionaires, stadium service providers, the beer industry, distillers, broadcasters, traffic safety experts and others working together to promote responsible drinking and positive fan behavior at sports and entertainment facilities. TEAM Coalition members and supporters include National Football League,  Aramark, Anheuser-Busch Companies, Major League Baseball, Major League Soccer, NASCAR, National Basketball Association, National Hockey League, National Collegiate Athletic Association, Americrown, Delaware North Sportservice, Legends, Spectra, Beer Institute, National Beer Wholesalers Association, Constellation Brands, HEINEKEN USA, MillerCoors, Brown-Forman, Live Nation, National Association of Broadcasters, Contemporary Services Corporation, International Association of Venue Managers, Stadium Managers Association and the National Highway Traffic Safety Administration. For more information visit www.TEAMCoalition.org or www.FansDontLetFansDriveDrunk.org.