The Training Committee is challenged to maintain the TEAM training product in alcohol management as the Gold Standard in the industry. To accomplish that, the committee works to:

The Training Committee Chairperson position is open. The election of new board members will be held on the September 17, 2020 membership call.  Interested member representatives should email questions or nominations to info@teamcoalition.org.

The Communications & Marketing Committee is challenged on two fronts.

The Communications & Marketing Committee Chairperson position is open. The election of new board members will be held on the September 17, 2020 membership call.  Interested member representatives should email questions or nominations to info@teamcoalition.org.

The Membership Committee is focused on the value proposition for members, current and future. This committee will listen to what our members and the industry say they need to ensure that alcohol is served and consumed responsibly in and around all sports and entertainment facilities nationwide. Then the committee will work with members and subject matter experts to fill those requests for lessons learned, best practices, technology solutions and training techniques to minimize risk and maximize positive fan behavior.

The Membership Committee Chairperson position is open. The election of new board members will be held on the September 17, 2020 membership call.  Interested member representatives should email questions or nominations to info@teamcoalition.org.

The Governance & Finance Committee is co-chaired by the Secretary and Treasurer of the organization.

The Governance & Finance Committee Co-Chair – Secretary and Treasurer for the organization –  positions are open. The election of new board members will be held on the September 17, 2020 membership call.  Interested member representatives should email questions or nominations to info@teamcoalition.org.

BOARD OF DIRECTORS NEWS

TEAM WELCOMES JORDAN JILOTY AS CHAIRMAN OF THE BOARD

At the TEAM Coalition Membership Meeting on July 22, 2020, Jordan Jiloty, Senior Director of Public and Government Affairs for NASCAR, became Chairman of the Board for TEAM Coalition. The first goal for Jordan’s term as Chairman is to implement the new strategic plan presented at the meeting. Membership voted to approve the strategic plan on yesterday’s membership call.

Nominations are now being accepted for the open Board positions, including Treasurer, Secretary and several committee chairs. The new Board will be voted in on the September membership call on September 17, 2020.

See TEAM Coalition Board of Directors.

Elections are set for Thursday September 17, 2020 to fill several Board of Directors open positions. All the committee chair positions are available, including the Treasurer and Secretary positions that are officers and co-chairs for the new Governance & Finance Committee. More details about the committee chair positions and how they fit into the new strategic plan can be found in the MEMBERSHIP VOTES section of the newsletter.

“NASCAR is proud to be a member of TEAM Coalition and to support the important work that the coalition does to promote responsibility with fans across the country.” 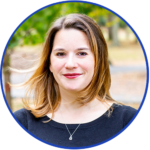 “The idea that TEAM Training is built on committed trainers who are embedded inside the facility is its core differentiator. I cannot tell you the number of times that I cross paths with someone during an event and they want to tell me their story about when they have made a difference for our guests. While it may be scary to think about standing in front of a training room, the end result is lasting and substantial. Take the program, use your voice and make it yours!”

Anne has been a TEAM trainer since January 2000. At MetLife Stadium, home of the New York Giants and New York Jets, Anne addresses guest concerns, trains all seasonal staff and is responsible for a guest services staff more than 650 people strong all while promoting the message of responsibility. Anne’s career spans over 20 years including her time at the Chicago White Sox, professional theater and retail stores. Anne became a TEAM Master Trainer in May of 2005 and has certified more then 10,000 employees.

The reality for any venue in which alcohol is served is that alcohol-related issues may lead to a law suit. For Anne, one of her most memorable moments was when, while being deposed, a person she trained not only recounted the four signs of impairment but also credited TEAM. It was a great reminder that making a commitment to alcohol management training really matters. It is a tool to give employees to protect themselves, the guests and the facility.

The Strategic Planning Committee was comprised of 12 incredibly dedicated individuals representing membership organizations from various industry categories including leagues, concessionaires, beverage alcohol and facility manaagement as well as strategic partners and the U.S. Department of Transportation, National Highway Traffic Safety Administration. The committee chairs were Jordan Jiloty of NASCAR, Chair of the Board, and John Huff of Live Nation, Vice-Chair of the Board of Directors. The committee’s efforts were led by Lenae Price of Mindset Collaborative.

Over a three (3) month time period, both documents were developed, edited, reviewed and approved by a vote of the membership. The revised bylaws were approved on August 17, 2020 by a 2/3 majority of a quorum of member organizations. The strategic plan was approved on the same day by a simple majority of a quorum of member oganizations. Thank you to all the Strategic Planning Committee members for all your hard work. And thank you to the representatives of the TEAM Coalition member organizations who voted to approve both the revised bylaws and the strategic plan.