TEAM Coalition celebrated both the NCAA® Men’s and Women’s Final Four® with the 11th year of the organization’s drunk driving prevention initiative, TEAMUp2Win!®. NCAA, the National Highway Traffic Safety Administration (NHTSA) and TEAM Coalition partnered to capitalized on the excitement of the 2019 NCAA Men’s and Women’s basketball tournaments and encouraged fans to celebrate responsibly. To participate in TEAMUp2Win!, individuals made the pledge to:

TEAM Coalition was also an on-site partner with the NCAA for all the festivities surrounding both the Men’s and Women’s Final Four competitions. 1,598 fans made the pledge to be responsible at the four-day indoor Fan Fest presented by Capital One at the Minneapolis Convention Center.

Another 437 women’s college basketball fans made their pledge never to drive drunk and always to have a designated driver at the Tourney Town™ presented by Capital One at the Tampa Convention Center. Every fan who pledged to be responsible received a free souvenir photo and a small giveaway. Thanks to TEAM’s partnership with NHTSA, adult fans were reminded that “Buzzed Driving is Drunk Driving” and those under 21 were encouraged to “Buckle Up Every Trip, Every Time.”

Between the two events, a total of 850 photos were taken and viewed more than 1,400 times after being shared via text, email and social media posts. 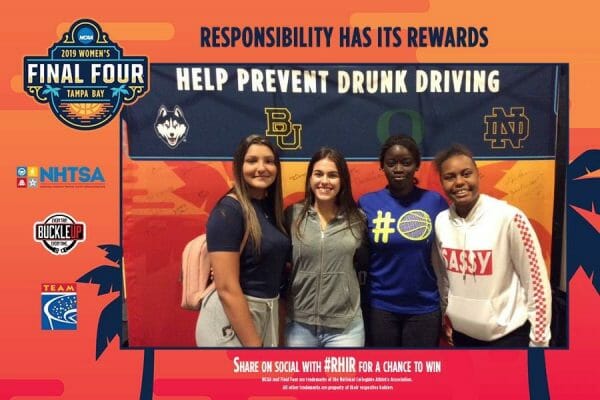 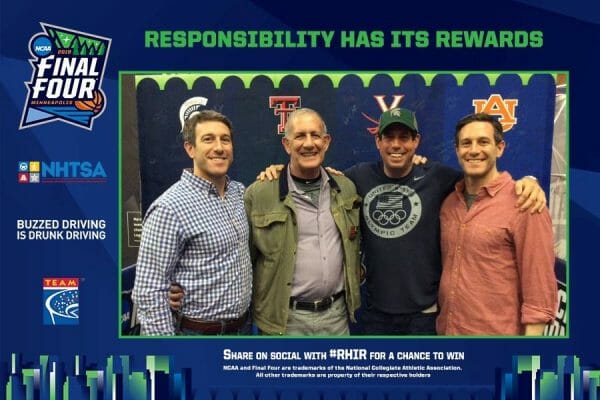 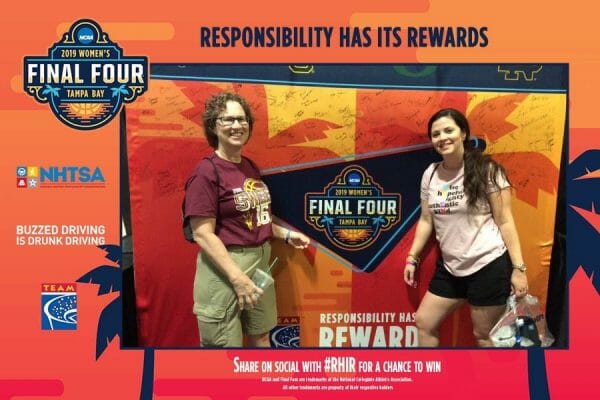 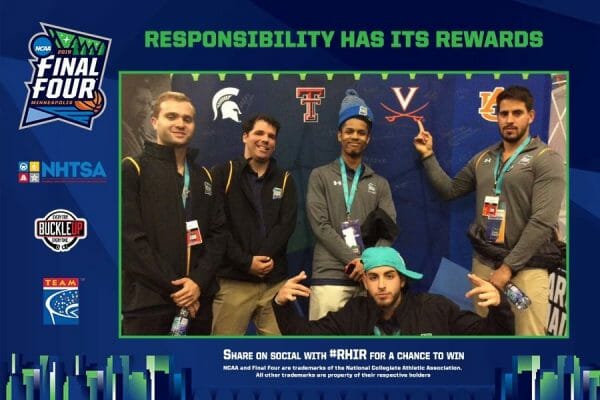 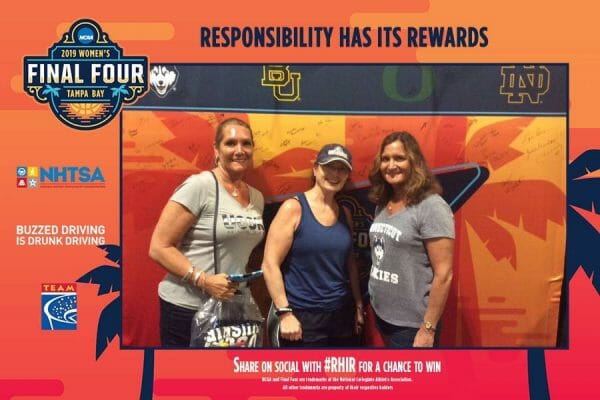 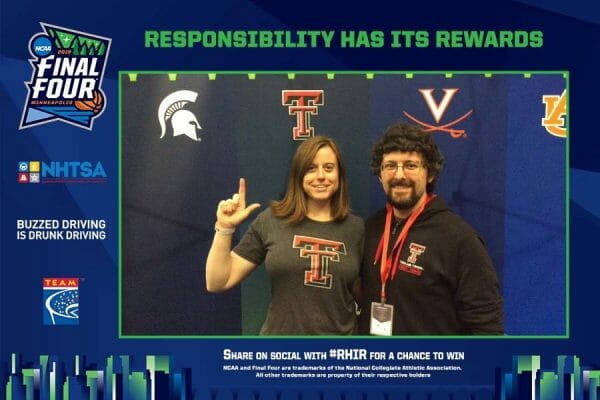