Responsibility Has Its Rewards Campaign at 2015 Bridgestone NHL Winter Classic

While the world welcomed the New Year with outdoor hockey in the nation’s capital, the NHL® teamed with Coors Light (the official beer of the NHL), Molson Canadian (the official imported beer of the NHL), the American Red Cross and TEAM Coalition to promote responsibility among NHL fans at the 2015 Bridgestone NHL Winter Classic®.

In addition to the designated driver program, staffed by American Red Cross volunteers at three locations inside the stadium, NHL® fans had the opportunity to add their names to the Responsibility Puck to demonstrate their commitment to keeping the penalties on the ice and off the roads. The 8-ft replica of an official NHL puck was displayed in the NHL Winter Classic Spectator Plaza presented by GEICO. 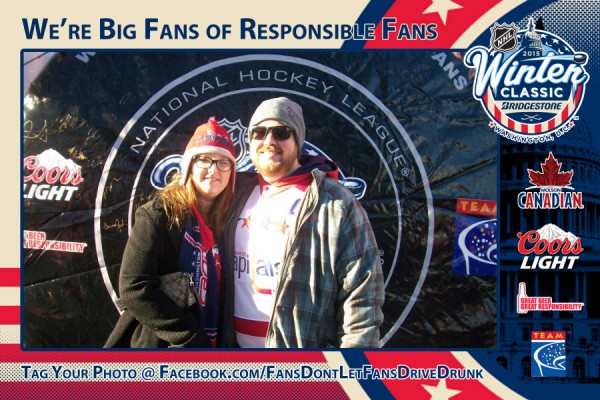 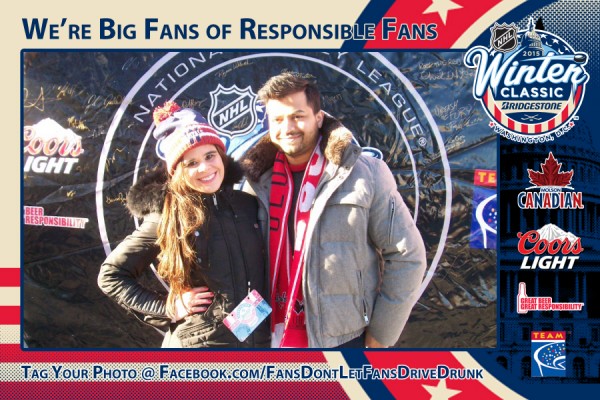 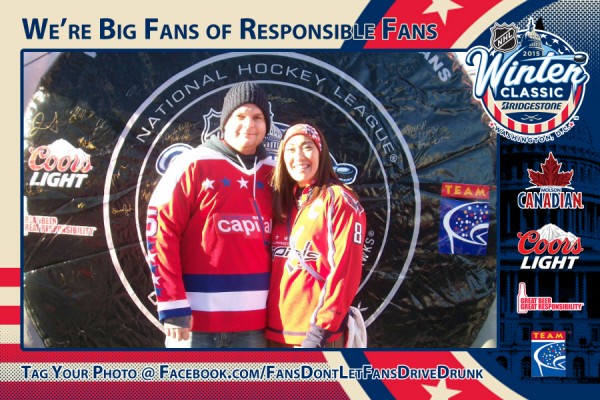 A total of 799 NHL fans pledged to have a designated driver always and never drive drunk. Those who pledged to be designated drivers inside the stadium earned a complimentary soft drink. Those who made the pledge in the NHL Winter Classic Spectator Plaza presented by GEICO received a souvenir photo. All were entered to win an NHL prize pack – including a NHL Winter Classic jersey, a $50 shop.NHL.com gift card and branded items from Coors Light, Molson Canadian and TEAM Coalition. The winners are Anastasia Papadopoulos Hinz from Staten Island, NY and Brian Dix from Clinton, MD.

In partnership with WRAP (Washington Regional Alcohol Program), Coors Light also encouraged fans to freeze their keys and leave the driving to someone else. Coors Light provided 2,500 Metro SmarTrip cards throughout the month of December to help fans get to the 2015 Bridgestone NHL Winter Classic® safely.