Major League Soccer (MLS), HEINEKEN USA and TEAM Coalition encouraged supporters to be responsible while attending the 2018 MLS All-Star Game and Soccer Celebration on Wednesday, August 1, 2018 at Mercedes-Benz Stadium in Atlanta, GA. The Responsibility Has Its Rewards sweepstakes winner had the ultimate MLS supporter experience.

Responsibility Has Its Rewards is a league-wide sweepstakes that rewards one randomly-selected supporter who pledged to be a designated driver during the previous season with a trip to the MLS All-Star Game. This year’s winner is Crystal Shively, a responsible Colorado Rapids supporter who attended the MLS All-Star Game with her guest, Rob Shively.

Crystal served as the representative of the 52,015 MLS supporters who pledged to be responsible at during the 2017 season.

Before the match, 263 supporters pledged to be responsible at the Soccer Celebration. One lucky fan was selected at random to win an MLS All-Star jersey during halftime of the match. Everyone who made the pledge never to drive drunk had the opportunity to autograph the responsibility wall and receive a free souvenir photo displaying the responsibility message along with All-Star images. Fans shared their digital photos and the responsibility message by posting photos on Facebook and Twitter. The 105 photos taken before the race were viewed 290 times, an average of 2.8 views per photo. 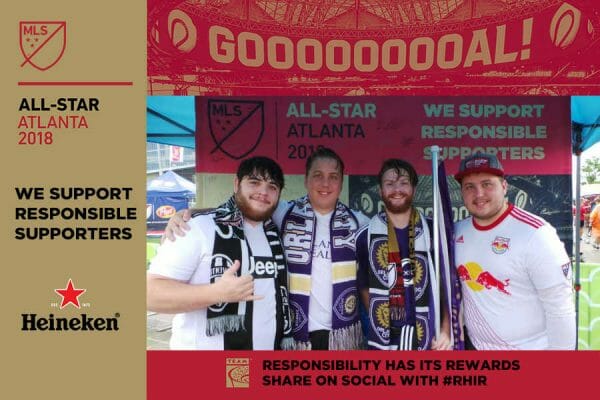 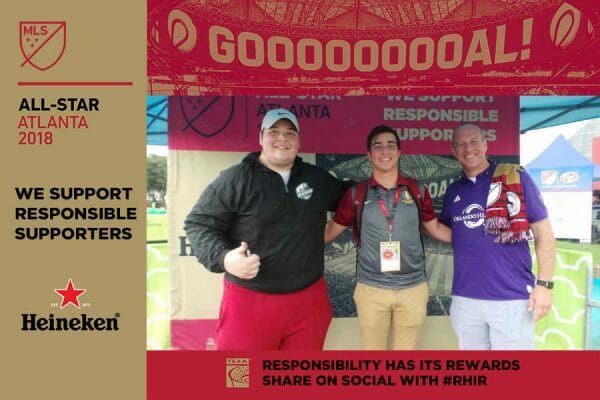 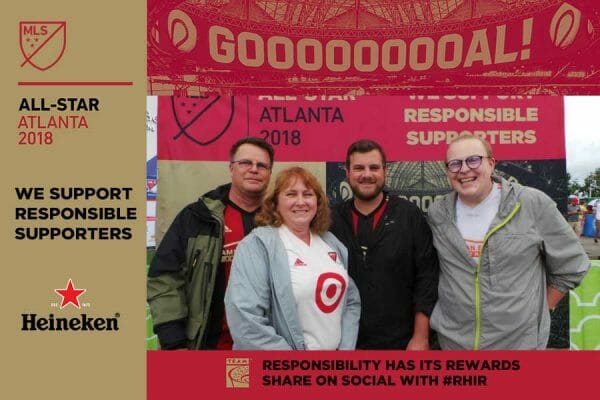 Major League Soccer is happy to support and continue to work alongside TEAM Coalition in support of the key objectives of improving the game day experience for all our guests, together with the extremely successful Responsibility Has Its Rewards and the Designated Driver programs. The work that TEAM continues to be involved in can only make our events safer and more secure for all attending and supporting soccer. We are privileged to be a partner with TEAM.Ray Whitworth, Vice President of Operations & Security with Major League Soccer and Chairman of TEAM Coalition
HEINEKEN USA is proud to be a member of TEAM Coalition and promote responsibility throughout the MLS season. The Responsibility Has Its Rewards program is an engaging way to support designated drivers in making responsible decisions. By working with TEAM Coalition and MLS, we support a fun and safe environment for our fans to enjoy the great game of soccer.Tara Rush, Senior Vice President and Chief of Corporate Relations at HEINEKEN USA
The success of the Responsibility Has Its Rewards campaign with Major League Soccer, HEINEKEN USA is a direct result of the commitment from the League, the MLS clubs, sponsors, concessionaires and all the campaign partners. Teamwork is what this campaign is all about. We are demonstrating that when everyone – including the fans – takes responsibility, everyone wins.Jill Pepper, Executive Director, TEAM Coalition
Major League Soccer
Headquartered in New York City, Major League Soccer features 20 clubs throughout the United States and Canada. The 2016 season marks the second year of the most comprehensive U.S. media rights partnership in the history of the league, as eight-year agreements with ESPN, FOX Sports and Univision Deportes have commenced. For more information about MLS, visit www.MLSsoccer.com.
TEAM Coalition
TEAM Coalition is an alliance of professional and collegiate sports, entertainment facilities, concessionaires, stadium service providers, the beer industry, distillers, broadcasters, traffic safety experts and others working together to promote responsible drinking and positive fan behavior at sports and entertainment facilities. TEAM Coalition members and supporters include Major League Soccer, HEINEKEN USA, Spectra, Major League Baseball, NASCAR, National Basketball Association, National Football League, National Hockey League, National Collegiate Athletic Association, Americrown, Aramark, Delaware North Sportservice, Legends, Beer Institute, National Beer Wholesalers Association, Anheuser-Busch Companies, Constellation Brands, MillerCoors, Brown-Forman, Live Nation, National Association of Broadcasters, International Association of Venue Managers, Stadium Managers Association and the National Highway Traffic Safety Administration. For more information visit www.TEAMCoalition.org or www.FansDontLetFansDriveDrunk.org.