TEAM Coalition traveled to TD Ameritrade Park Omaha in Omaha, Nebraska for the 2018 NCAA Men’s College World Series on June 15 – June 18, 2018. More than 673 responsible fans participated in the activation while enjoying the pre-game festivities at MCWS Fan Fest. Over the course of the four-day event, 232 photos were taken in front of a larger-than-life baseball that each fan autographed as their pledge never to drive drunk. The photos have been shared 1,164 times via social media, an average of 5 views per photo.

Each day one lucky fan, who took the pledge to be a responsible college baseball fan, was selected to win two tickets to a game the following day. 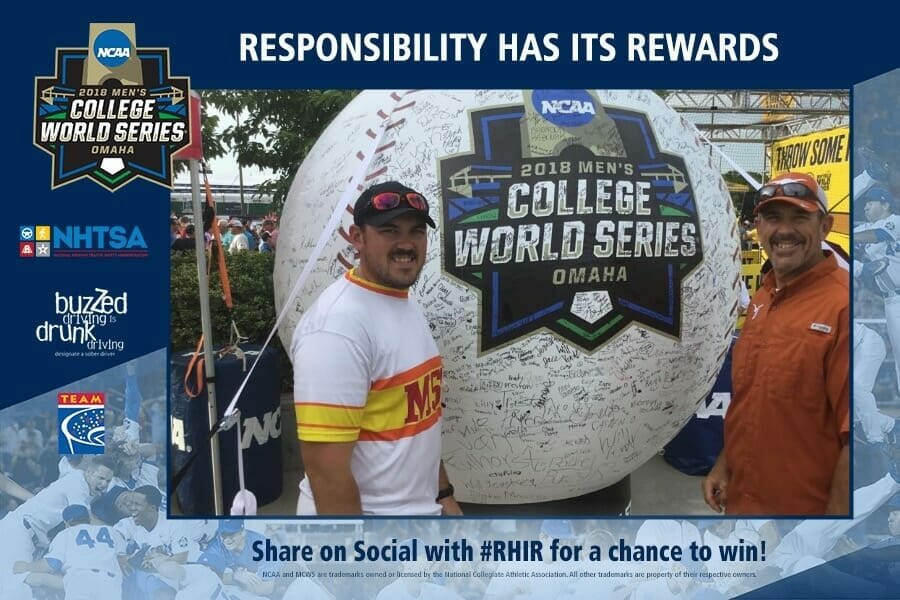 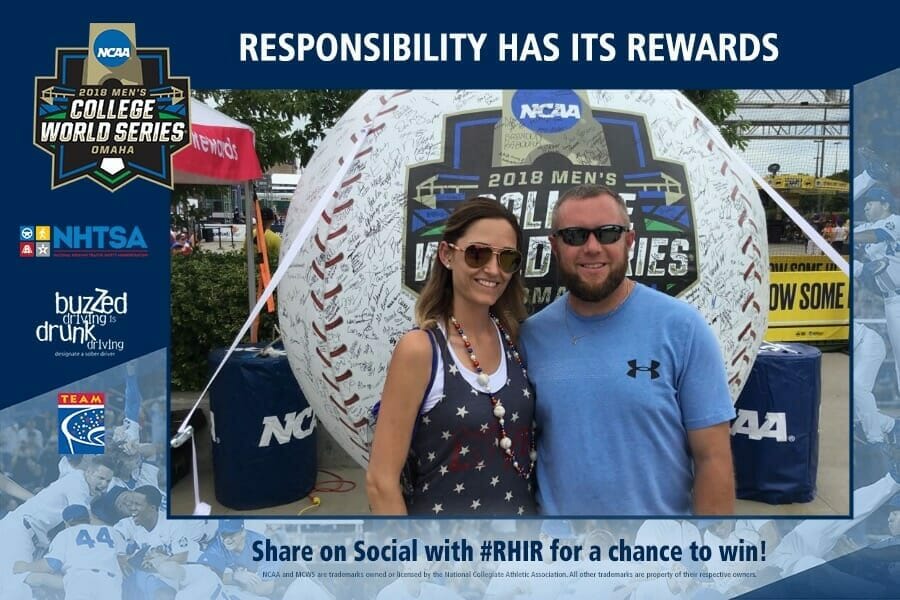 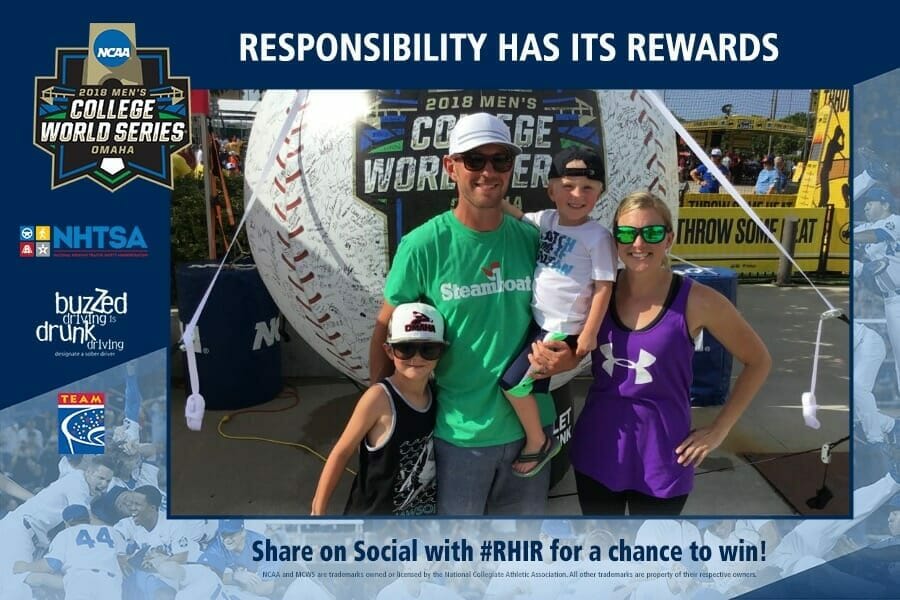 The TEAM Coalition effort to contribute to a safe and exciting fan experience benefits us all – the fans, players and sports leagues alike. TEAM recognizes that most fans come out to enjoy the thrill of the competition, and that irresponsible alcohol use can detract from that experience. By engaging us all in this effort, and rewarding positive fan behavior, TEAM scores! Mary Wilfert, Associate Director of Education Outreach, National Collegiate Athletic Association
The success of the Responsibility Has Its Rewards campaign is a direct result of the commitment from our members and all the designated driver program partners, including the leagues, stadiums and concessionaires. Teamwork is what this campaign is all about. We are demonstrating that when everyone – including the fans – takes responsibility, everyone wins.Jill Pepper, Executive Director, TEAM Coalition
NCAA
For more information, see NCAA.org.
TEAM Coalition
TEAM Coalition is an alliance of professional and collegiate sports, entertainment facilities, concessionaires, stadium service providers, the beer industry, distillers, broadcasters, traffic safety experts and others working together to promote responsible drinking and positive fan behavior at sports and entertainment facilities. TEAM Coalition members and supporters include National Collegiate Athletic Association, Major League Baseball, Major League Soccer, NASCAR, National Basketball Association, National Football League, National Hockey League, Americrown, Aramark, Delaware North Sportservice, Legends, Spectra, Beer Institute, National Beer Wholesalers Association, Anheuser-Busch Companies, Constellation Brands, HEINEKEN USA, MillerCoors, Brown-Forman, Live Nation, National Association of Broadcasters, International Association of Venue Managers, Stadium Managers Association and the National Highway Traffic Safety Administration. For more information visit www.TEAMCoalition.org or www.FansDontLetFansDriveDrunk.org.

Daily winners from NCAA Men’s College World Series Responsibility Has Its Rewards sweepstakes. Each received a pair of tickets to the next day’s games.