Responsible fans were rewarded at the KC Masterpiece 400 at Kansas Speedway on May 12, 2018. The track, NASCAR, Busch NA, Americrown and TEAM Coalition partnered to promote responsible alcohol consumption and fan behavior.

Congratulations to Kevin Harvick, driving the #4 car for Busch, who won the race, his fifth race win this year and a back-to-back win after he took the checkered flag the previous week at Dover International Speedway.  And congratulations to the 481 fans who made the pledge to be responsible drinkers. All of them had the opportunity to autograph the responsibility wall, to receive a free souvenir photo and instant prizes.  Fans shared their digital photos and the responsibility message by posting photos on Facebook and Twitter. The 261 photos taken before the race were viewed 874 times, an average of 3.3 views per photo.

All participating fans were automatically entered for a chance to be selected as the Responsible Fan for the Race. One randomly selected, responsible fan will win the Responsibility Has Its Rewards sweepstakes. The Responsible Fan of the Race prize includes two tickets and a VIP experience for two at the Hollywood Casino 400 Monster Energy NASCAR Cup Series race on October 21, 2018. 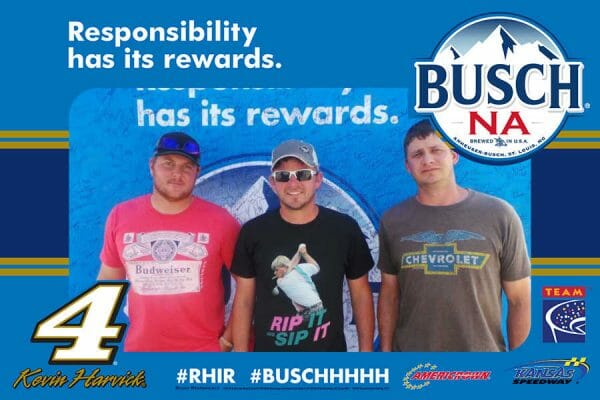 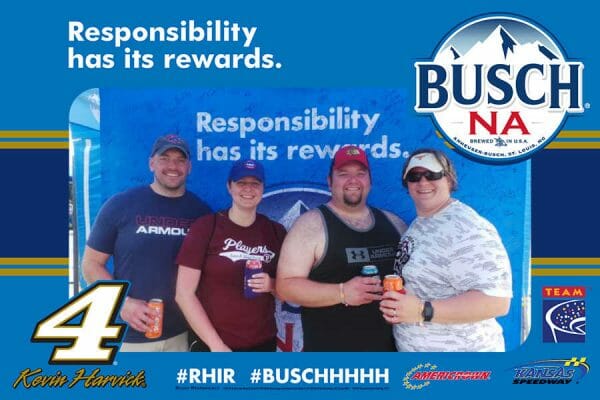 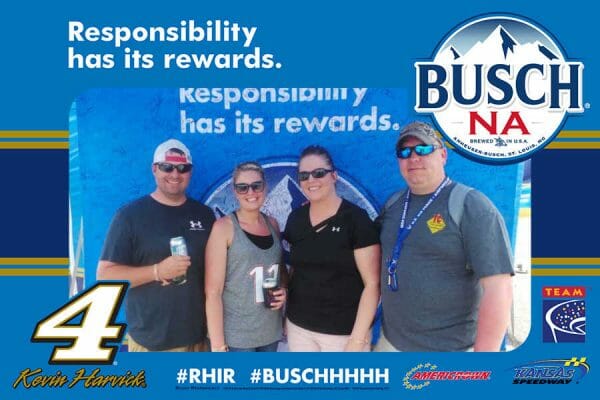 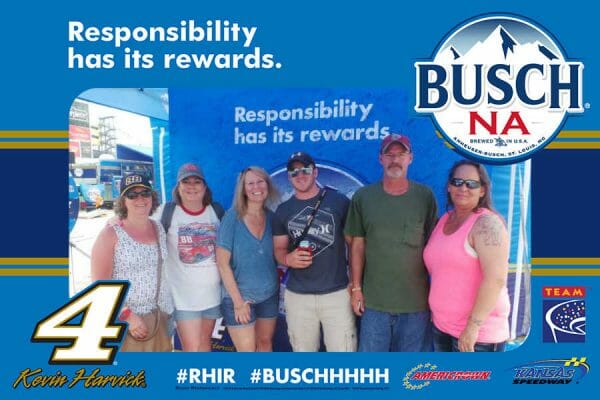 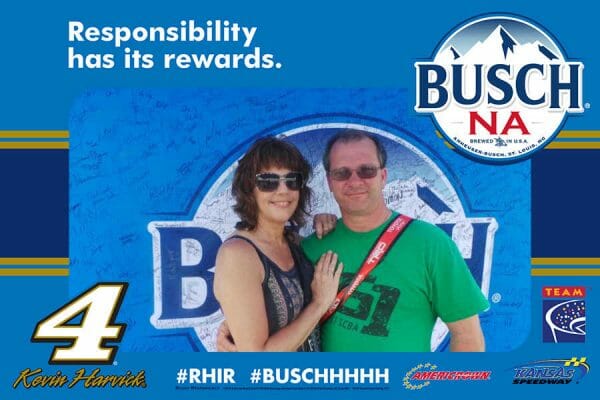 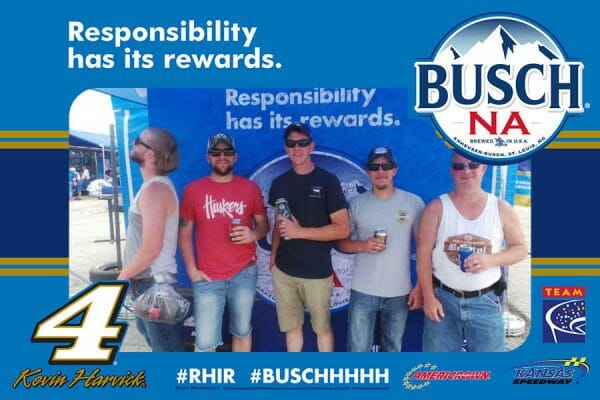 The Designated Driver for the Race from the Fall 2017 race, Michelle North, received two tickets and two VIP Experiences at the KC Masterpiece 400. Michelle and her guest also enjoyed a behind-the-scenes experience before the race on Sunday.

While we want every fan that comes to Kansas Speedway to enjoy everything about their race experience as much as possible, safety is always the top priority. With that in mind, we commend the fans that chose to serve as designated drivers for their family or friends during race weekend.Patrick Warren, President, Kansas Speedway
Anheuser-Busch has led our industry in promoting responsible drinking for more than 35 years, and the Busch NA Good Sport program reminds fans who choose to drink to do so responsibly and get their friends home safely. We all share the same streets after the race. This partnership with Kansas Speedway, TEAM and the fans displays our collective responsibility to help keep our roads safe.Katja Zastrow, VP of CSR-Better World, Anheuser-Busch
The success of the Responsibility Has Its Rewards campaign is a direct result of the commitment from our members and all the designated driver program partners, including the tracks, concessionaires, beer companies and beer distributors. Teamwork is what this campaign is all about. We are demonstrating that when everyone – including the fans – takes responsibility, everyone wins.Jill Pepper, Executive Director, TEAM Coalition
Kansas Speedway
Racing returns to Kansas Speedway on Friday, May 12 with the NASCAR Camping World Truck Series Toyota Tundra 250, and Saturday, May 13 with the Monster Energy NASCAR Cup Series Go Bowling 400 under the lights! In October, the Hollywood Casino 400 is an elimination race in the Monster Energy Series playoffs on Sunday, Oct. 22. The NASCAR XFINITY Series Kansas Lottery 300 will again be a part of the playoffs for the NASCAR XFINITY Series on Saturday, Oct. 21, while the ARCA Racing Series presented by Menards will wrap up their season on Friday, Oct. 20. Tickets are currently on sale by calling 866.460.RACE (7223) or online at www.kansasspeedway.com.

General parking is always free at Kansas Speedway and fans can bring in one 14x14x14-inch soft-sided cooler with their favorite food and beverages. Fans also have the opportunity to purchase a parking pass to park closer to the Speedway, and also VIP Tailgating options are available. Call 913.328.3391 for additional information. Fans can follow Kansas Speedway on Facebook at www.facebook.com/kansasspeedway or follow us on Twitter (@kansasspeedway).