Responsible fans were rewarded at the AAA 400 Drive for Autism at Dover International Speedway on May 6, 2018. The track, NASCAR, Busch NA and TEAM Coalition partnered to promote responsible alcohol consumption and fan behavior.

Congratulations to Kevin Harvick, driving the #4 car for Busch, who won the race, his fourth race win this year.  And congratulations to the 449 fans who made the pledge to be responsible drinkers. All of them had the opportunity to autograph the responsibility wall, to receive a free souvenir photo and instant prizes.  Fans shared their digital photos and the responsibility message by posting photos on Facebook and Twitter. The 265 photos taken before the race were viewed 818 times, an average of 3 views per photo.

All participating fans were automatically entered for a chance to be selected as the Responsible Fan for the Race. One randomly selected, responsible fan will win the Responsibility Has Its Rewards sweepstakes. The Responsible Fan of the Race prize includes two tickets and a VIP experience for two at the Monster Energy NASCAR Cup Series race on October 7, 2018. 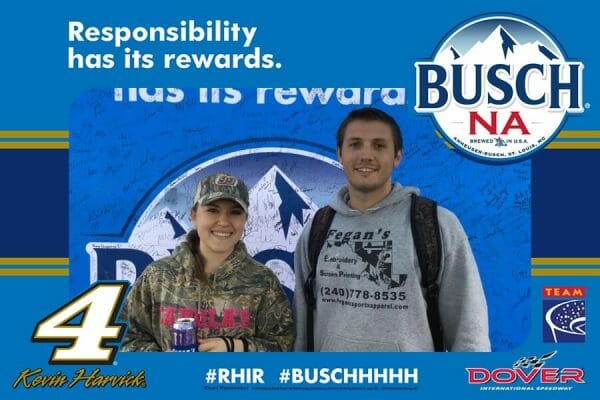 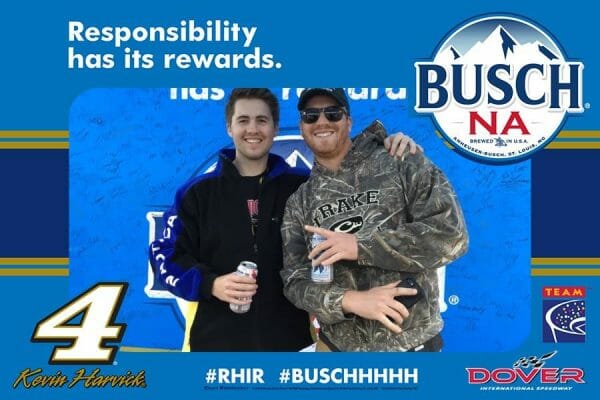 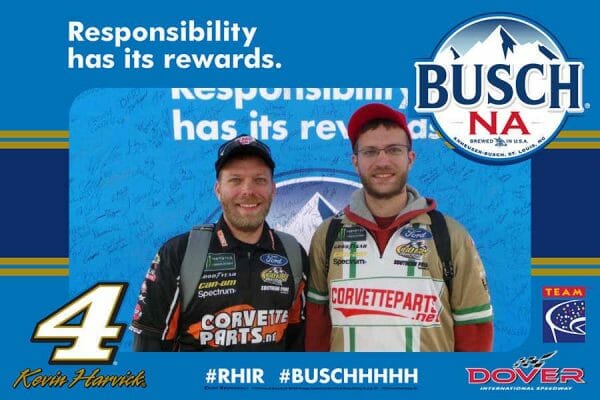 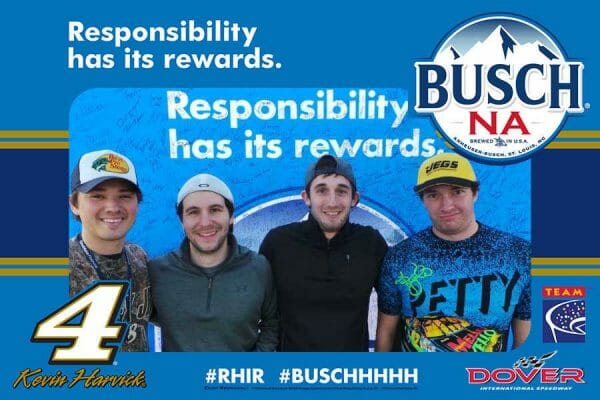 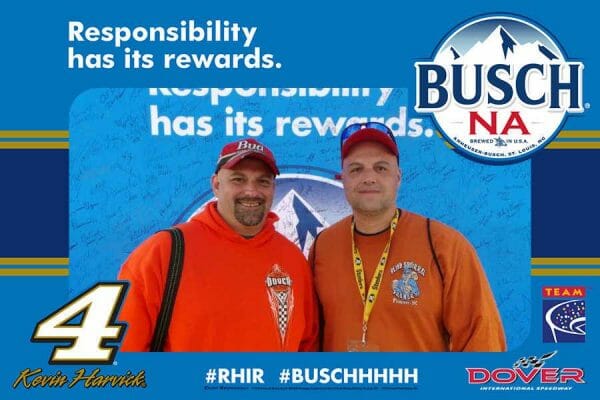 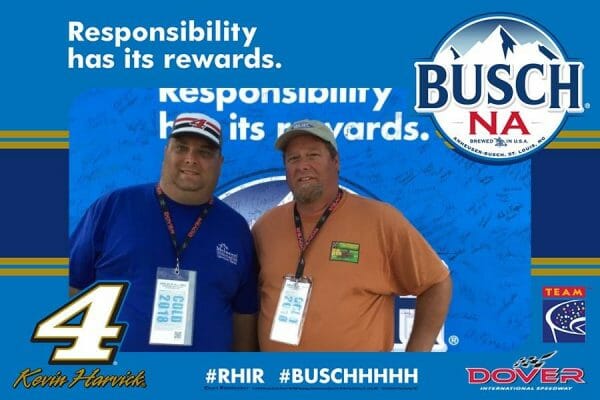 The Designated Driver for the Race from the Fall 2017 race, Michelle North, received two tickets and two VIP Experiences at the AAA 400 Drive for Autism. Michelle and her guest also enjoyed a behind-the-scenes experience before the race on Sunday.

While we want every fan that comes to Dover International Speedway to enjoy things as much as they can, safety is always the top priority. With that in mind, the fans that chose to serve as designated drivers for their family or friends this past weekend should be commended.Mike Tatoian, President and CEO, Dover International Speedway
Anheuser-Busch has led our industry in promoting responsible drinking for more than 35 years, and the Busch NA Good Sport program reminds fans who choose to drink to do so responsibly and get their friends home safely. We all share the same streets after the race. This partnership with Dover International Speedway, TEAM and the fans displays our collective responsibility to help keep our roads safe.Katja Zastrow, VP of CSR-Better World, Anheuser-Busch
The success of the Responsibility Has Its Rewards campaign is a direct result of the commitment from our members and all the designated driver program partners, including the tracks, concessionaires, beer companies and beer distributors. Teamwork is what this campaign is all about. We are demonstrating that when everyone – including the fans – takes responsibility, everyone wins.Jill Pepper, Executive Director, TEAM Coalition
Dover International Speedway
Dover Motorsports, Inc. (NYSE: DVD) is a leading promoter of NASCAR sanctioned motorsports events whose subsidiaries own and operate Dover International Speedway in Dover, Del. and Nashville Superspeedway near Nashville, Tenn. The company also plays host to the Firefly Music Festival, which is produced by Red Frog Events and Goldenvoice. For more information, visit www.DoverMotorsports.com.
Anheuser-Busch
Anheuser-Busch and its employees build on a legacy of corporate social responsibility by focusing on three key areas: promoting alcohol responsibility, preserving and protecting the environment and supporting local communities. In the past three decades, Anheuser-Busch and its wholesalers have invested more than $1 billion in national advertising campaigns and community-based programs to encourage responsible drinking and prevent underage drinking and drunk driving. Anheuser-Busch reduced total water use at its breweries 15 percent over the last 5 years and by 48 percent over the last 10 years. The company has been a leading aluminum recycler for more than 30 years. Since 1997, Anheuser-Busch and its Foundation have invested in local communities through donations of more than $573 million to charitable organizations. The company also has provided more than 73.6 million cans of emergency drinking water to people impacted by natural and other disasters since 1988. Based in St. Louis, Anheuser-Busch, the leading American brewer, is a wholly-owned subsidiary of Anheuser-Busch InBev, the leading global brewer. For more information, visit www.anheuser-busch.com.
TEAM Coalition
TEAM Coalition is an alliance of professional and collegiate sports, entertainment facilities, concessionaires, stadium service providers, the beer industry, distillers, broadcasters, traffic safety experts and others working together to promote responsible drinking and positive fan behavior at sports and entertainment facilities. TEAM Coalition members and supporters include NASCAR, Anheuser-Busch Companies, Major League Baseball, Major League Soccer, National Basketball Association, National Football League, National Hockey League, National Collegiate Athletic Association, Americrown, Aramark, Delaware North Sportservice, Legends, Spectra, Beer Institute, National Beer Wholesalers Association, Constellation Brands, HEINEKEN USA, MillerCoors, Brown-Forman, Live Nation, National Association of Broadcasters, Contemporary Services Corporation, International Association of Venue Managers, Stadium Managers Association and the National Highway Traffic Safety Administration. For more information visit TEAMCoalition.org or FansDontLetFansDriveDrunk.org.