TEAM Coalition attended two APPLE Training Institutes in January 2019.  The first was held in Charlottesville, VA and the second was held in Orlando, FL.  Both conferences were sponsored by the University of Virginia and the NCAA.

At both the conferences, TEAM Coalition provided information about responsible drinking, designated driver programs and information about how TEAM and the NCAA have partnered in the past. TEAM also provided souvenir photos for all attendees of the conferences. TEAM Coalition’s presentation was focused on the Social Media Challenge, a competition between the attending schools at each Apple Training Institute. Student-Athletes and their administrators also took the pledge to Never Drive Drunk and signed a Responsibility Wall. 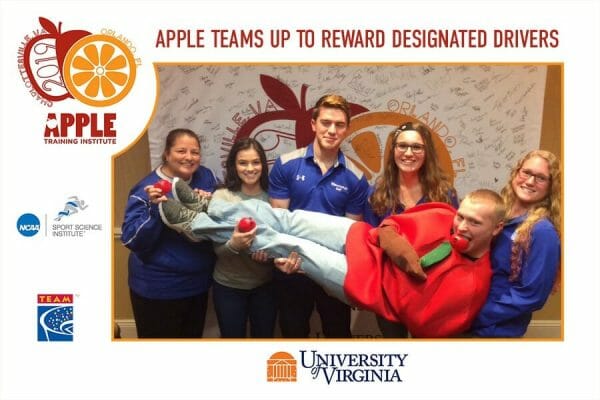 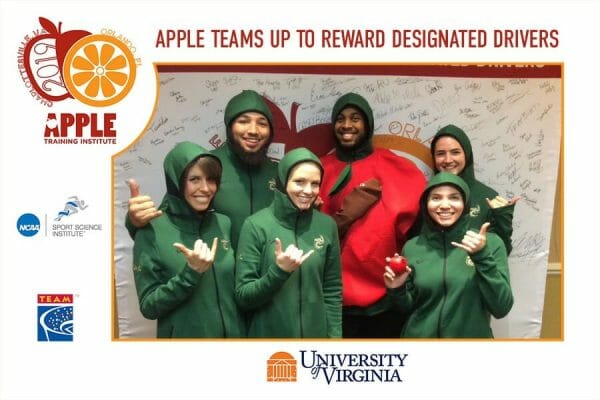 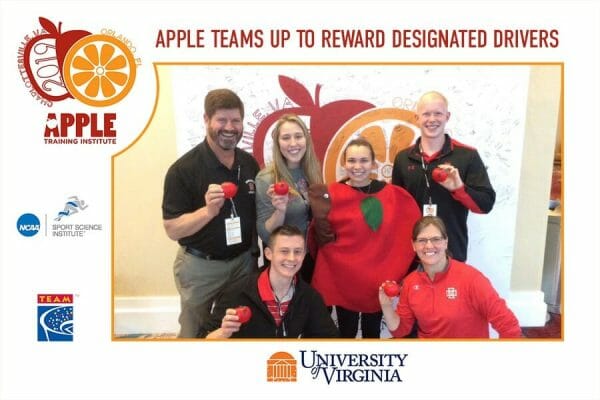 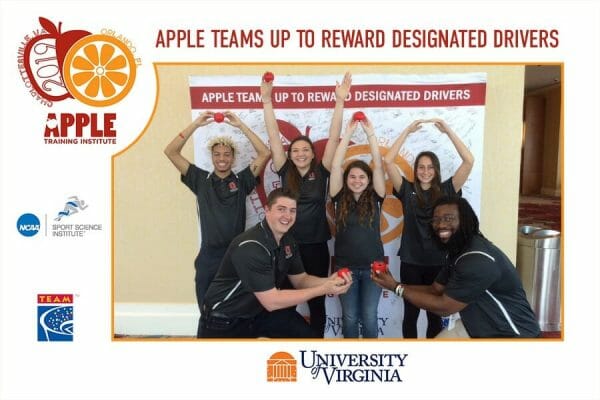 The highlight of TEAM Coalition’s participation in the APPLE Training Institute was the Social Media Challenge that encouraged the student athletes to spread the message “Apple Teams Up to Reward Designated Drivers” by posting on Twitter and Instagram.  TEAM also created a unique Snapchat filter that the student-athletes used for their posts in the contest. University teams were encouraged to post photos, videos, tweets, and boomerangs on Twitter and Instagram with their school hashtag and the responsibility message. Points were tallied for each post, tweet, like, video view, share, and comment that included the school hashtag. Overall, 19 schools participated in the Social Media Challenge with a total of 13,356 points tallied in Charlottesville.  In Orlando, a total of 18 schools participated for an astounding total of 155,567 points tallied.  A winner was chosen from each division and everyone on the winning school received a virtual reality headset.